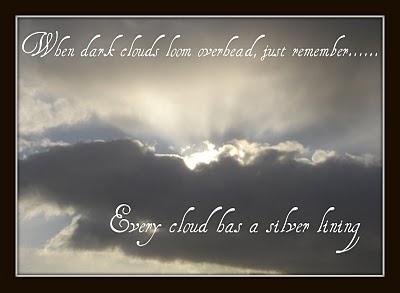 The beginning of 2006 was off to a very bumpy start for Anissa.  After taking the prescribed medication, Lyrica (pregabalin), she could only tolerate a 50mg dosage due to stomach distress.  The higher doses caused her greater mental confusion besides having a very negative effect in controlling seizures.

Upon hearing a speaker say, “A survivor is one who finds meaning in the suffering,” the following scripture describes a meaning for Anissa’s survival . . .

Since Anissa enjoyed and prospered during many sleepless nights from special scenic videos with calming music, our ministry began a project to create a one-hour video geared for the profound, mentally challenged person.  The acoustics at the retreat center was great for recording a Messianic Psalmist, whose gifted voice can soothe a troubled soul. And with the Lord’s provision of a multi-talented engineer supplying his computer knowledge, as well as audio equipment, the video was completed and has been a blessing to many. 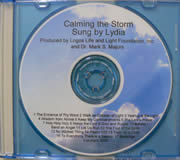 At the same time music therapy became recognized by the medical profession as a therapeutic treatment for dementia and other types of mentally challenged patients.  The doctor prescribed such therapy for Anissa, so I video-taped each session. There were some very positive signs but the unpredictable seizures would divert her focus, besides creating an interference of schedules.   As in years past, a positive program had to be suspended due to Lennox Gastaut Syndrome – the multiple seizure saga.

In May, one of Anissa’s teeth abscessed.  Remembering those past grueling experiences in setting up visits with a pediatric dentist, anesthesiologist, neurologist and orthodontist at the University of Florida Hospital, as well as the tremendous expense of such, my prayers were fervent for a reprieve.  After several appointments ended with negative results, finally, a brave and compassionate dental surgeon came to the rescue! He and his staff were so efficient and commendable in giving the IV sedation and extracting two of Anissa’s teeth that took less than one hour.  Also, the fee was very favorable, saving us at least $7,000, which was the cost at UFH ten years earlier each time she was admitted.

Another miracle was how a couple, who worked with disabled persons, just happened to have a day off at their jobs and were going to be in our area.  They were most willing to help and what a blessing it was!! Anissa healed rapidly and maintained excellent health for the remainder of that year – except for seizures.

Several months later, a vision came before me of a picture of Anissa’s face on the cover of her Book of Life  – Revelations: 20:12 – with these words written:

CALLED BY GOD AS HER MOTHER’S HELPER

TO BUILD HIM A HEALING CENTER WITHOUT DRUGS

I have seen just how much God can achieve in using such weak things, according to His Word and by His Excellent Grace, so that He alone receives the Glory!

To take a virtual tour of the healing center go to http://www.wellspringhealingretreat.org