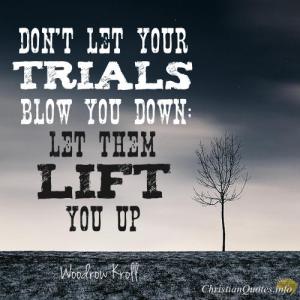 Our journey could be described as a course of ruling out any medication or alternative method that would not be beneficial to Anissa’s overall health, while at the same time alleviate the violent seizure activity.

In mid-April, 2002, we noticed a very strong metallic odor in Anissa’s breath and stools, as well as an abnormal hair loss and increased seizure activity.  As a trial series for better seizure control, she had been taking the antibiotic, Biaxin (clarithromycin), 250mg daily for six months. It was noted that whenever Anissa had taken that medication in past years, even during a sickness, she would be almost seizure free.  Biaxin can reduce the clearance of Tegretol, raising its levels. The strange thing is that whenever Tegretol would be given in a higher dosage, Anissa would only have more seizures, including digestive upset with acid reflux. The antacid, Tagamet (cimetidine), reacts in a similar way with Valium (diazepam).

“Happy – blessed, fortunate [enviable] – is the man who finds skillful and godly Wisdom, and the man who gets understanding—drawing it forth [from God’s Word and life’s experiences].  For the gaining of it is better than the gaining of silver, and the profit of it than fine gold.”

Anissa’s blood test revealed a toxic level of Tegretol, so it was reduced from 1200mg to 800mg and the Diazepam from 20mg to 12 ½ mg daily.  By mid-June her drug level was normalized and hair loss stopped but the upset seemed to cause more violent complex seizures. Her mental development was at a standstill, but her physical health remained in excellent condition.  The caregiver’s challenge became greater in protecting Anissa during the violent seizures. Throughout the years, the knowledge gained from that experience has alerted me to think “research” if such “symptoms” should arise.

It was during this difficult time that a non-invasive brain surgery using “gamma knife” was being conducted for certain types of epilepsy, but being non-verbal kept Anissa from being considered as a patient.  The anti-seizure drug, Keppra (levetiracetam), was approved for partial complex seizures. Also, aromatherapy had been reported as being effective for certain people with epilepsy.

One news article stated:  “In Birmingham, England, jasmine was shown to dramatically reduce the effects of epilepsy in one patient.  All unconscious, dysfunctional electrical discharges of the brain, which occurred every ten seconds, totally stopped after a patient was administered aromatherapy using jasmine only two times.”  After showing the article to Anissa’s neurologist, he said, “Why don’t you first try the aromatherapy and then you will have a true evaluation.  I will give you a sample of Keppra to try later, if you want?” Of course, we agreed!

Since aromatherapy was not a familiar avenue of healing, my lack of knowledge and faith required more information.  Here were the research facts discovered: (1) “Essential oils illicit an immediate olfactory response and they are readily absorbed into the bloodstream.  The olfactory membrane is the only place in the human body where the central nervous system is exposed and in direct contact with the environment.  When an olfactory receptor cell is stimulated, an impulse travels along the olfactory nerve to the limbic portion of the brain, where memory, hunger and emotion is evoked.  Before consciously knowing we are in contact with an aroma, our subconscious mind has already received and reacted to it. (2) Jasmine is considered very antiseptic and can bring balance to hormonal changes or disruptions.  Its powerful aroma indicates it should be used in small doses, never taken internally unless under the care of a doctor and should be used with great caution for infants since their nervous system is still being developed. (3) Epileptics often get what is called an ‘aura,’ a strange smell or taste of something that does not exist, just before a seizure.  Olfactory hallucinations are a symptom of epilepsy [especially in the brain’s temporal lobe] … often leads to bizarre behaviors. (4) Sugar uptake increases during a seizure and falls below normal between seizures. (5) A recovering brain can increase its capacity to form new memories.”

Balance is very important for Anissa’s wellbeing so the Jasmine Essential Oil was first diffused with a vaporizer and later added to her bath water.  Her response was favorable in helping to control the seizure activity, but there were still over 20 days in a month’s time that she experienced one or more seizures a day.

It definitely was an accurate report concerning the validity of aromatherapy, for which I am grateful to have learned.  Having physicians willing to try new methods for seizure control in Anissa was the result of prayer and

To take a virtual tour of the healing center go to http://www.wellspringhealingretreatorg