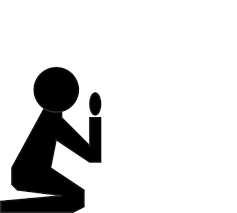 The unpredictable effects of seizures in Anissa requires someone to be with her at all times, whether awake or asleep.  Inserted bedrails help to a degree, but she can also get wound up in them if no one is around. Seat belts serve a similar purpose when she sits in a chair.

When she was 12+ years old, seizure activity increased daily in an alarming number, manifesting  various types of convulsions.  Most likely, the cause was due to hormonal and chemical changes that occurred at the onset of Anissa’s monthly menstrual cycle.  Since she had been given all the anti-epileptic drugs (AED) available at that time, the neurologist ordered an electro-encephalogram (EEG) of her brain.  To be absolutely certain the report would be a true picture of her brain wave activity, we felt it best to keep her off all drugs, vitamins and supplements of any kind.  (I’d once heard a doctor say it takes three months for the body’s system to rid itself completely of such drugs.)

During those 90 long days, I often found myself reaching for the anti-seizure meds, but each time would catch myself and remember that the drugs had not helped before so why hinder the opportunity to obtain a flawless evaluation by giving her such in one of my weak moments.  The results of the tests eventually confirmed that we made the right decision.

After reading the EEG, the neurologist reported that it was quite good, with only a few spikes of seizure activity visible.  Considering that she’d had 16 jerky type spells during the night before the test and another cluster afterwards, we were amazed at this favorable report.  Wanting a verification of the miracle Anissa received seven years earlier in Denver, I then asked if petit mal or myoclonic seizures were indicated on the EEG?  He responded, “Only the general type > tonic-clonic.”  WOW!  We finally had a confirmation!

Since anxiety seemed to trigger this type of seizures, the neurologist prescribed Tranxene (clorazepate) and told us if the seizures were not controlled by it, then his choice of drug would be Sodium Valporate/Valproic Acid.  After several weeks of Tranxene therapy, Anissa improved in all ways with no evidence of seizure activity. We thought a miracle drug had been found and for the first time in years, our lives had a period of normalcy.  However, after one month she experienced a severe drug reaction: hyperventilation, swollen glands, profuse urination and soon a return of seizures.

Anissa was then put on Sodium Valporate, but to our dismay, it did not even lessen the seizure activity.  In fact, the higher the dosage, the greater the seizures. Within a short time, she developed blood in her stools, as well as ulcers in the mouth and on the lips, causing a drastic setback to her health.  Again, we had run the gamut of drugs and the various avenues of healing therapy.

Two years later, 1982, another EEG was done with the results about the same as the previous test.  The doctor then prescribed Tegretol (carbamazepine), which she has now been taking for the past 36 years.  It controlled the tonic-clonic seizures but caused bodily tremors and drastically changed Anissa’s personality.  Her voice became very loud with uncontrollable yelling, preventing our taking her into public places. She seemed fearful, possibly hallucinating.

“And all things, whatever you ask in prayer, believing, you will receive.”  Matthew 21:22 NKJV

When all of our prayers seemed to go unanswered regarding this dilemma, the thought occurred to me that the O. R. City of Faith Medical Center had been given a special anointing for the combining of prayer and medicine, so I called their Prayer Tower.  Immediately, Anissa’s personality changes reversed that can only be attributed to His Excellent Grace.

To take a virtual tour of the healing center go to http://www.wellspringhealingretreat.org